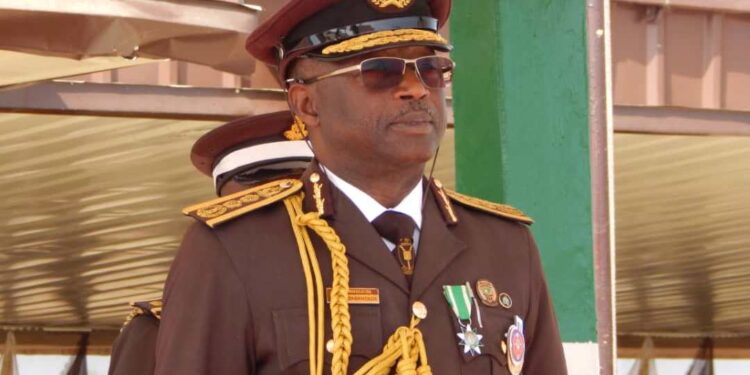 The technical team of the Nigeria Immigration Service (NIS) has started an investigation into the cause of the fire outbreak at its headquarters in Abuja, the nation’s capital.

The fire outbreak which occurred on Sunday affected three sections of the headquarters building.

The Comptroller General of NIS, Muhammad Babandede while speaking with journalists in Abuja on Monday listed the affected sections to include the Call Center where about 10,000 calls are received, within and outside Nigeria on passport and visa matters.

Also affected is the Interpol Connectivity where the Service says they have lost connectivity with the airport and 24 locations and the Migration Information and data analysis system.

Babandede added that hard disks have been retrieved by the ICT team.
The Immigration boss assured Nigerians that the setback would not affect their services as they are working to ensure connectivity, would be restored in about four days.

The Permanent Secretary Ministry of Interior and Representative of the Minister, Shuaib Belgore in his address said all the systems are backed up, and no data was lost.

He said he is delighted at the prompt response that was given to the incident, and all hands are on deck to ensure transparency in the investigation process.

The Nigeria Immigration Service on Sunday announced via its Twitter handle that a fire incident occurred at the Service Headquarters in the morning.

The fire was put out by our Federal Fire Station and support from other agencies around the Airport.