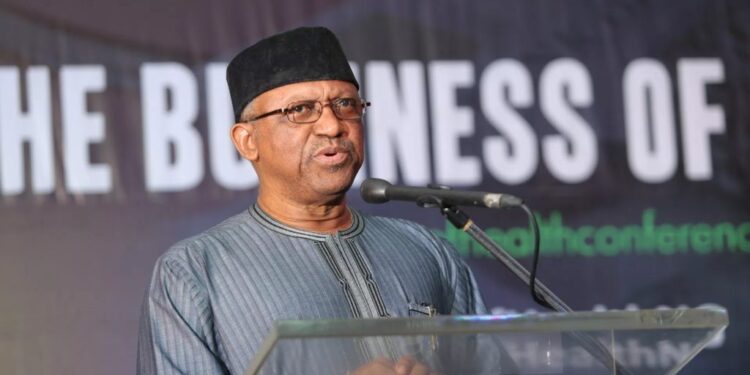 Nigeria’s health minister has downplayed the mass migration of Nigerian doctors to other countries, saying such is not peculiar to Nigeria as other countries also suffer a similar fate. He also suggested that the Buhari administration is more concerned about the exit of specialists or medical consultants than general medical practitioners.

Health Minister Osagie Ehanire, however, said the government is working to improve the conditions of doctors and other health workers in order to check the mass migration.

“The movement of doctors is not peculiar to Nigeria,” the minister was quoted as saying by the government-owned News Agency of Nigeria (NAN). “Ghana has the same experience. I spoke to the Minister of Health of Egypt; they have the same experience in mobility of doctors. And even in Europe, European doctors move to where the salaries are better.”

“As far as we are concerned, it is the very experienced ones who leave we have issues with,” he was quoted as saying Sunday at a forum organised by NAN.

Mr Ehanire explained that Nigeria produces about 3000 doctors every year and the number leaving is just about 1000.

“So, there is indeed a surplus of doctors,” the minister said.

Mr Ehanire’s claim of surplus doctors is, however, inaccurate and contradicts official figures.

Nigeria currently has about 24,000 doctors even though it needs about 360,000 to meet World Health Organisation (WHO) recommendations, PREMIUM TIMES reported.

The President of the Nigerian Medical Association, Uche Rowland, lamented the situation of the mass exodus of doctors. He said a large number of Nigerian doctors emigrated to seek greener pastures in developed countries, noting that 5,600 of them have migrated to the United Kingdom (UK) in the last eight years.

While Mr Ehanire downplayed the mass exodus, medical experts last month gathered in Abuja to discuss how to stop the brain drain and its effects on healthcare in Nigeria.

They suggested improvement in the working conditions of doctors and other health personnel so as to discourage them from leaving the country.

In the interview with NAN, Mr Ehanire admitted that there was a need to improve the working conditions of doctors.

He said the federal government was already working towards improving the condition of service of Nigerian doctors.

He also said that the federal government had been working toward engaging experienced Nigerian doctors living abroad so they could offer healthcare services to Nigerians virtually.

“We are also talking about engaging those who have spent many years abroad who are specialists who are highly specialised who know a lot of high tech medicine to engage them to work with us even if it is virtually so they can do virtual consultations.

“They can come here every three months or six months for a few weeks and do some work hands-on so that we can gain something from their experience and knowledge.

“This is so that we can harvest the knowledge and skills that they developed after working for many years in highly developed countries,” he said.

Speaking further on brain drain in Nigeria, Mr Ehanire described the migration of health workers especially doctors and nurses as a global phenomenon. He said people in the medical profession were becoming a very mobile professional group.

“I have spoken with health authorities in the UK and they have told me that their doctors are also leaving for Canada, New Zealand and other countries where the pay is better,” he said.

The health minister further suggested that the Buhari administration was not bothered by the exit of doctors who were yet to be specialists. He said many doctors were still in search of where they could do their internship or serve their residency (training to become consultants or specialists), saying that “once they undergo some training, the younger ones could easily be replaced quickly.”

According to the minister, the federal government is also working on civil service rules to make the replacement prompt so that once a doctor leaves, he or she can be replaced within a week.

”The apparent gaps we see is because rules have to be obeyed and this makes it difficult for those who exit the public hospitals to be immediately replaced.

“So, once that is possible, it will be done.”

Mr Ehanire then indicated that the government would prioritise improving the working condition of consultants before those of doctors who were yet to be specialists.

“At a very senior level of those who have had postgraduate training, we are doing everything we can to improve the conditions of service.

“The health reform committee set up by the president is working and looking at that; we have been talking with the Ministry of Labour on how to do that,” he said.