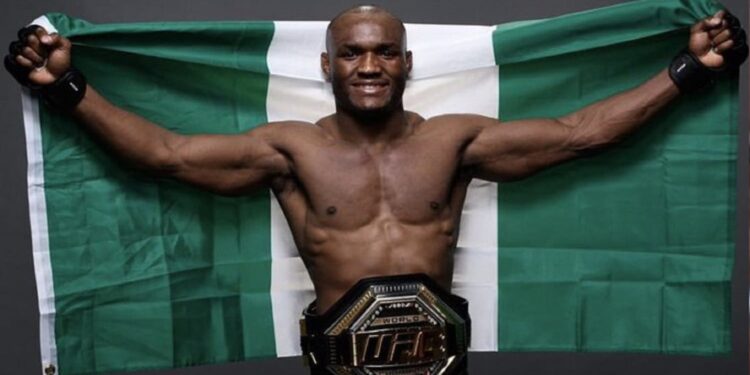 Burns, a friend and ex-team-mate of Usman, could not go beyond the third round despite showing early signs he was going to push the ‘Nigerian Nightmare’ all the way in the main event of UFC 258.

Burns was able to rock Kamaru Usman with a right hand in the opening seconds of the first round but could not sustain the tempo to secure a finish.

Then in round two, Usman rebound by rocking ‘Durinho’ with a big right hand of his own. ‘The Nigerian Nightmare’ carried that momentum into round three where he dropped Burns with a jab and then finished him with ground and pound.

The 31-year-old Nigerian has held the title since March 2019 and this is the third defence of the belt as he now improved his UFC record to 18 wins with just the one loss.

“I dictate what happens in a fight,” Usman told BBC Sport Africa before this latest win. “Based on how prepared my opponents are, that dictates how the fight goes but rest assured that one thing is for sure – at the end of the fight, my hand will be raised.”

Apart from keeping his title, this latest win recorded by the Nigerian Nightmare has seen Usman break the record for most consecutive wins at 170lbs in the promotion (13).

In his two earlier title defences, Usman also had a fifth-round TKO victory over rival Colby Covington in December 2019 while he got a decision win against Jorge Masvidal last summer.