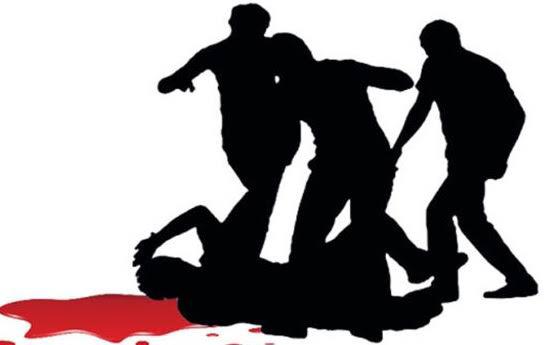 One person, who is currently unidentified, has died, following a clash between two factional members of the National Union of Road Transport Workers (NURTW) over ticket fee collection in the Idumota area of the state, Monday.

According to eyewitness accounts, the clash was said to have started at about 10:00a.m. on Monday when the Kunle Poly boys faction allegedly prevented the Okoro boys faction within the union from collecting ticket fees from commercial bus drivers turning at the back of Eyo status in Idumota.

The hoodlums, it was gathered, used dangerous weapons on each other, leading to the death of one person, while many others sustained injuries.

As residents and passersby scampered to safety, traders close to the park were attacked and their goods destroyed by the rampaging thugs.

According to an eyewitness, who pleaded anonymity, during the tenure of the former Lagos State NURTW chairman, Tajudeen Agbede, it was only faction – the Kunle Poly that was controlling the park.

The source added that: “Since the present chairman, Musiliu Akinsanya a.k.a. MC Oluomo, took over, the park was split into three units, with three chairmen. Kunle Poly and his boys were not happy with the new development.

“It was like war on Monday when they were fighting. We couldn’t open our shops, and some hoodlums used the opportunity to loot people’s shops and attack their perceived enemies in the market. I don’t know why Lagos State government cannot proscribe NURTW. The havoc they are causing is unbearable for us on the island.”

A trader who identified simply as Abdulrahman said that one of the boys of Okoro, named Tolani, was hacked to death by the rival union members.

“Fortunately, Kunle Poly boys had completed their days and it was the turn of Okoro boys who came out to work, but Kunle Poly boys allegedly attacked them and prevented them from working at the park, which resulted in the clash.

“Currently, some members of the NURTW from the state level are on ground to resolve the matter amicably between the rival groups in the park. A team of policemen from Rapid Response Squad (RRS) task force and mobile policemen were also at the scene to prevent further breakdown of law and order in the area.”

Confirming the incident, Lagos State Police Public Relations Officer (PPRO), Mr. Bala Elkana, said that the clash had been quelled by the police.

He also claimed that no life was lost during the incident, contrary to eyewitness accounts.

According to him, “the fight is between two rival groups in Idumota motor park. Our officers have intervened and Lagos State government has also intervened in the matter. It is not true that someone died.”