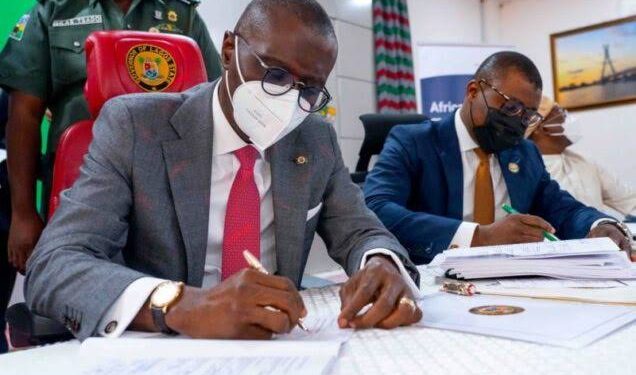 Sanwo-Olu, while signing the bond, at the State House in Alausa, Ikeja, with the issuing house in attendance, said the conclusion of the process would bring to N377.715 billion the total value of bond issued from the state’s N500 billion debt issuance programme.

The governor noted that in line with the state’s vision to build a Greater Lagos, the proceeds of the bond would be used to finance key infrastructure projects, primarily roads and healthcare.

He listed the projects to include the Lekki Regional Road, rehabilitation of Ijeododo Road and rebuilding of the alternative route to Admiralty Circle Toll Plaza.

Sanwo-Olu applauded the Federal Ministry of Finance, PENCOM and Debt Management Office, as well as SEC for their support and collaboration.

The governor also, yesterday, commissioned a network of nine roads with a bridge within Soluyi community in Kosofe Local Council.

He said the execution of the projects would be a testimony to the fulfilment of his administration’s promise to ensure continuity of governance by completing projects that were inherited from the previous government, especially those that are directly beneficial to the people.