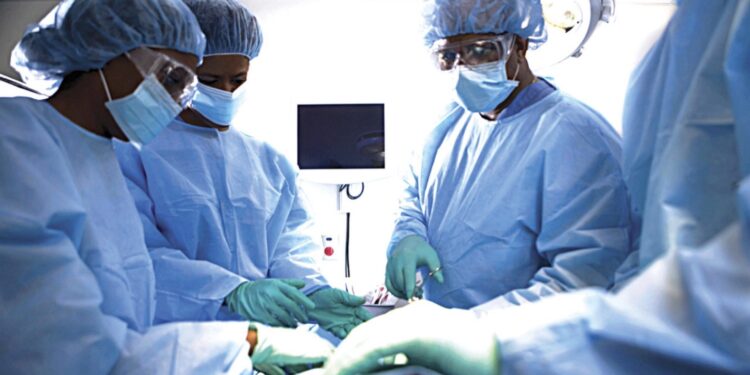 The Association of Resident Doctors has appealed to the Lagos State Government to yield to resolving issues necessitating the ongoing doctor’s strike.

Recall that the National Association of Resident Doctors had directed its members across the country to embark on an indefinite strike on Aug. 2.

NARD said that the strike was to protest poor working environment in public hospitals, irregular payment of doctor’s salaries and hazard allowances of N5000 which was reviewed last in 1991.

The strike was also to demand the immediate withdrawal of the circular removing House Officers from the scheme of service and the hasty implementation of the circular by the Lagos State Government.

Ojekunle said that some members of ARD had a meeting with representatives of the Lagos State Government from the office of the Head of Service and its counterpart in Establishment, Training and Pension on August 2.

According to him, the meeting is to dialogue and resolve the imbroglio of the strike.

“We requested the withdrawal of the controversial circular removing House Officers and NYSC doctors from the state’s service scheme.

“In spite of that, they (government) were still adamant that it would not be done, rather that we should seek clarification on the interpretation of the circular which is clearly stated in the circular,” he said.

Ojekunle decried the government’s stance on the circular, stressing that it was inimical to development in the health sector.

“That means the government is trying to casualise and pay registered doctors stipends as allowance.

“These are doctors that are the frontline health workers that patients see when they visit hospitals. They are licensed and have been inducted into the medical profession.

“They are working for the government and are part of the scheme of service, as enshrined in their appointment letters.

“But now, they are saying they are suddenly being withdrawn from the scheme of service which is inimical to our healthcare system,” he said.

Ojekunle said that the association also demanded implementation of the Medical Residency Training Act and the release of the Acts fund for sponsorship of specialisation training.

He also called for the immediate recruitment of more doctors to bridge the current shortfall in the system.

“We need more doctors to be employed, many are leaving the country, while some are leaving for tertiary institutions because of the wide disparity in salary.

“Presently, we have a deficit of over 150 resident doctors and house officers to fill the gaps of doctor-patient ratio and to meet the expectations of service delivery in the state,” he said.

According to him, the delay in the construction of Residents Doctor’s Quarters had been on for over seven years, thus called for immediate commencement of the building.

Ojekunle noted that the impasse was unfortunate, saying patients would bear the brunt of the indefinite strike.

“We are willing to go to the negotiating table again, but the minimum demands of our request must be met in the interest of the health system and the patients,” he said.

He stressed the need for the government to create a conducive working condition and environment that would motivate doctors to shun the lure of migrating overseas to practise.