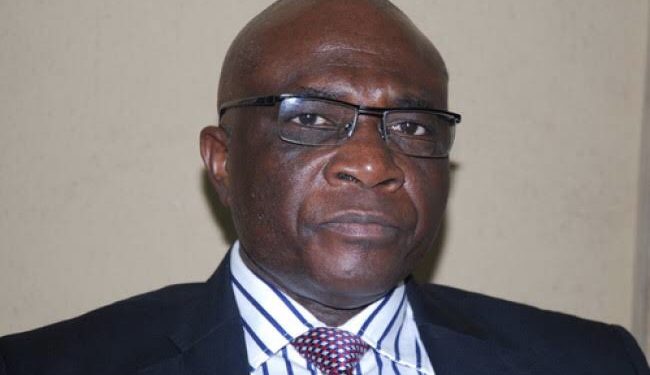 But for the mercy of God that was sufficient for him, perhaps we would have been telling an entirely ugly story about Director Media & Publicity of Tinubu/Shettima Presidential Campaign, Bayo Onanuga. The veteran journalist narrated how he was almost killed by the convoy of the PDP presidential candidate, Atiku Abubakar, Sunday night in Abuja.

Below is the unedited account of the former Managing Director of News Agency of Nigeria.

According to his account, Atiku’s convoy nearly crushed him to death

He narrated, “I had a close shave with death on Sunday night in Abuja as I was returning home at about 9p.m. after a visit to Senator Tokunbo Afikuyomi. I was driving on the last lane of Shehu Shagari Way when I noticed a convoy emerging from one of the feeder roads. I counted in the centre lane, four vehicles ahead of me. I slowed down on my own lane to give a wide berth to the convoy. My slowing down turned a mistake as a Toyota SUV emerged from the same road where the convoy had earlier emerged. It headed straight to my car. I was petrified as the driver rammed into my Toyota Camry, by the passenger side. The force of the collision immediately severed the side mirror from the body, severely dented and scratched the two doors on its path. I watched in horror as the driver of the SUV reversed the car and joined the cavalcade, leaving me behind to my fate.

“He didn’t bother to stop to check the damage his vehicle had done to my own car, whether he had left me or anyone inside it traumatized by his recklessness. He just drove away.

“Instinctively, I followed the convoy, which headed to Asokoro area of the city.

“At this point, I didn’t know the VIP embedded in the convoy. Initially I thought it was a governor as the car that hit me bore a number plate that starts with RSH. My interest in following the convoy was to lodge a complaint about the murderous driver and get my car repaired.

“The convoy drove deep into Asokoro, into TY Danjuma Road and then entered one of the mansions, at the entrance of which were several banners of Atiku-Okowa campaign. I drove into the compound with the convoy as I had my hazard light on like other vehicles in the convoy. My adventure was certainly getting interesting. I, an APC and Tinubu campaigner inside the PDP Atiku-Okowa den.

“Who was the big man, whose convoy nearly killed me? Was it Okowa or Atiku or an Atiku supporter? Up till this point. I had no idea as the mystery big man had been shepherded into the house, well ahead of me by the security aides, who now accosted me as I wanted to enter the house.

“You can’t just enter the house, one of the aides blustered as some policemen blocked my path, as well.

“One of Your drivers nearly killed me at the Secretariat. He damaged my car”, I shouted back and demanded to see their big man.

“Our argument was creating a scene as more people came closer to behold the audacious intruder that I seemed to be.

“Another aide asked me to show him the damage to the car. He introduced himself as the chief of staff and gave an undertaking to repair the car. He tendered an apology as well.

“His approach mollified me. I gave him my complimentary card and we exchanged phone numbers.

“Moments after, I entered my car to continue my interrupted journey home.

“Because I had not cracked the mystery big man, I stopped outside to ask a guard about the owner of the house, where I just emerged.

“It’s Atiku,” he said. Another neighbor also confirmed this.

“As I drove off into the night and shared my experience with Senator Afikuyomi and others, I simultaneously imagined what the headline would have been if the accident had been more severe or had resulted into some fatality.”