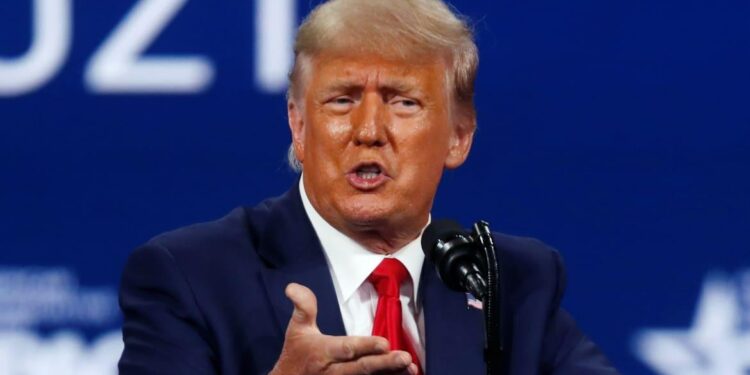 Former US President Donald Trump has urged his Republican supporters to be vaccinated against Covid-19, saying he would recommend it.

In a TV interview, he said the vaccine was “safe” and “something that works”.

Mr Trump’s conservative fan base has been one of the main groups resistant to the vaccine programme.

The former president himself was criticised during his time in office for playing down the seriousness of the pandemic.

As the vaccination programme has been rolled out across the US, all other living ex-presidents have spoken out, urging Americans to get the jab.

However, Mr Trump has remained largely quiet on the subject.

“I would recommend it,” Mr Trump said during an interview on Fox News Primetime on Tuesday.

“I would recommend it to a lot of people that don’t want to get it and a lot of those people voted for me, frankly.”

He added: “It’s a great vaccine, it’s a safe vaccine and it’s something that works.”

A recent poll by CBS News, the BBC’s partner in the US, suggested that a third of Republican supporters would not have the vaccine when it was available to them, compared to 10% of Democrats.

Mr Trump’s comments came a day after his successor, President Joe Biden, expressed frustration at the reluctance among some conservatives to get the jab.

White House spokeswoman Jen Psaki said on Monday: “If former President Trump woke up tomorrow and wanted to be more vocal about the safety and efficacy of the vaccine, certainly we’d support that.”

She added: “Every other living president… has participated in public campaigns. They did not need an engraved invitation to do so.”