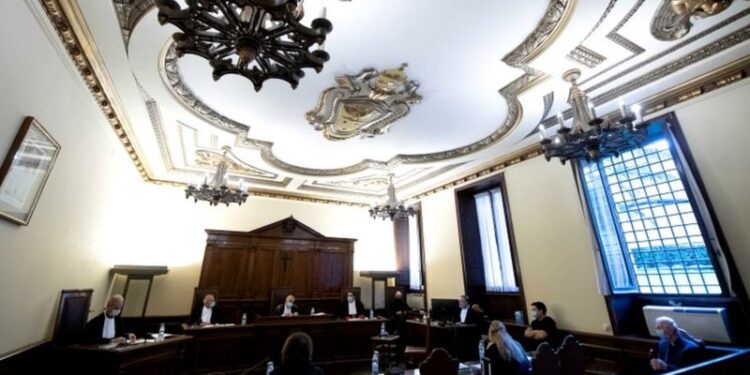 Two Catholic priests have gone on trial in the Vatican, marking the first time the city state has prosecuted a case of alleged sexual abuse.

Gabriele Martinelli, 28, is accused of sexually assaulting an altar boy between 2007 and 2012.

Enrico Radice, 72, is charged with covering up the alleged assault while he was rector of the theological school where it is claimed the abuse happened.

Neither man has submitted a plea or commented on the case.

While scores of priests have faced abuse charges around the world, the Vatican has never held a trial concerning allegations of sexual abuse within its own walls.

The trial, which began with a short hearing on Wednesday, is symbolic as the Vatican is home to the spiritual leadership of the Roman Catholic Church.

What are the allegations?

Mr Martinelli is accused of sexually assaulting a boy at the Pius X Seminary in the Vatican, which houses altar boys who serve Mass in St Peter’s Basilica.

He attended the seminary himself and later became a priest, and prosecutors claim Mr Radice did not block his ordination despite knowing about the allegations.

On Wednesday, during an eight minute hearing in a small courtroom, the charges against both men were read aloud.

Mr Martinelli was accused of forcing a boy, who cannot be named for legal reasons, to undergo “carnal acts” over a period of several years. The abuse is alleged to have started when the child was 13-years-old.

Mr Radice, meanwhile, was accused of covering up the alleged assault and trying to divert official investigations.

Neither man spoke during the hearing and the trial has been adjourned for two weeks.

The seminary, which is just metres away from where Pope Francis lives, trains altar boys for papal masses.

The allegations of sexual assault were reportedly known about since 2012, but were only uncovered by journalists who spoke to the alleged victim’s roommate in 2017.

Allegations of endemic abuse dating back decades have shaken the Catholic Church to its core. Pope Francis has made moves to tackle it, but he is seen by his critics as being too slow to recognise the scale.

So as allegations continue to emerge, it is clear just what a mountain of potential cases the Church still faces.

Pope Francis called for “decisive action” when he was elected in 2013, but critics say he has not done enough to hold to account bishops who allegedly covered up sexual abuse.

In August 2018, he wrote to all Roman Catholics condemning clerical sex abuse and demanded an end to cover ups.

And last year, he made it mandatory for Roman Catholic clergy to report cases of clerical sexual abuse and cover-ups to the Church.