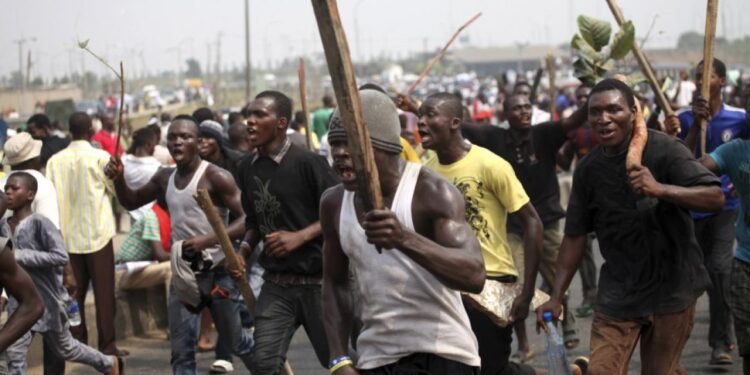 There is currently unrest in Baale/Ola Imam, Igbo-Olomu in Ikorodu area of Lagos State following a brutal clash between the Hausa and the Yoruba dwellers in the community.

It was gathered that the clash erupted after a Hausa commercial motorcyclist popularly known as okada, rode a Yoruba passenger to the area.

According to reports, the yet-to-be identified Yoruba passenger was said to have refused to pay the fare, hence, it evoked a clash between both ethnic groups in the community.

Residents, traders and passers-by have since scampered to safety for fear of being casualties, while the two tribes fought bloody with dangerous weapons.

Meanwhile, the Commissioner of Police, Hakeem Odumosu was said to have ordered the police to get the community leaders in the area in order to resolve the crisis.