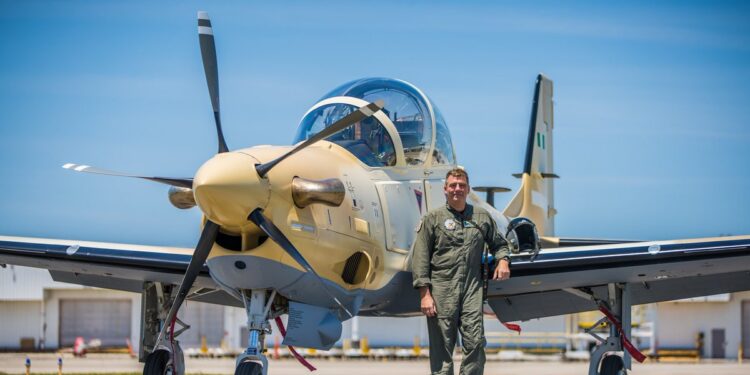 The United States Secretary of the Air Force, Barbara Barrett, has assured the Nigerian government that it would receive its order of the 12 A-29 Super Tucano aircraft as scheduled this year.

Barrett, who toured the Defence Space Administration and initiated the first-ever collaboration between the US and the Nigerian defence space institutions, explained that the delivery would also come with the training of 60 Nigerian military pilots, instructors, and aircraft maintenance specialists over 24 months.

The official visited Abuja between Monday and Tuesday, where she met members of the National Assembly and senior military officials at the Ministry of Defence.

According to a statement on Tuesday from the US Embassy titled, ‘US Secretary of the Air Force takes military cooperation to new heights,’ Barrett’s visit highlighted “the positive trajectory of the military cooperation between the US and Nigeria,” noting that the talks covered a range of defence and security matters of mutual interest.

The statement said NAF planned to increase both its tactical and operational competencies and address the laws that govern armed conflict and respect for international human rights in ways aimed at reducing the risk of civilian harm.

The USAF scribe was also said to have discussed with her Nigerian counterparts the opportunities for bilateral engagement as well as the necessity of developing a long-term vision for security cooperation in space.

The statement said, “Secretary Barrett expressed the US readiness to deliver 12 A-29 Super Tucano aircraft as scheduled in 2021. Along with the delivery, the US will train 60 Nigerian military pilots, instructors, and aircraft maintenance specialists over 24 months.

“The Nigerian pilots will train on the same aircraft that they will fly in combat operations against insurgent groups and terrorist organisations.”