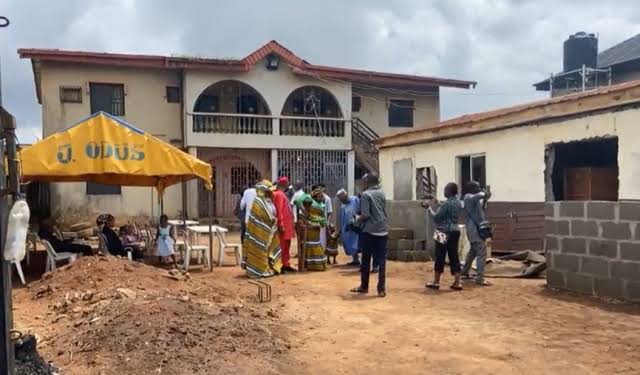 The house Mary Daniel bought for N17.5m and later renovated, with two tenants occupying it already

The 27-year-old amputee water hawker Mary Daniel has acquired a house in Igando area of Lagos state, The Nation can confirm.

The Kogi-born lady disclosed she acquired the new apartment with N17.5 million.

She is also constructing a pure-water factory inside the compound, which is near completion.

Daniel stated she received a donation of about N25 million after her story went viral.

She hawked sachet water in traffic in the Oshodi area of the state to earn a living.

Her plights moved some Nigerians to support her through donations while Lagos State Government also offered her temporary accommodation.

While her story generated some heated controversies, the Lagos State Government handed her over to the leader of the Igala (Kogi State) community in Lagos.

The house warming on Saturday attracted some family members, leaders of Igala community in Lagos and others.

Daniel expressed happiness with apartment and thanked Nigerians for their support.

The apartment has two tenants already.

She also expressed happiness her daughter, Success, is with her and has started schooling.

Flight Delay: Not All Tickets Are Refundable, Says NCAA

Sanwo-Olu Felicitates with Dangote at 65