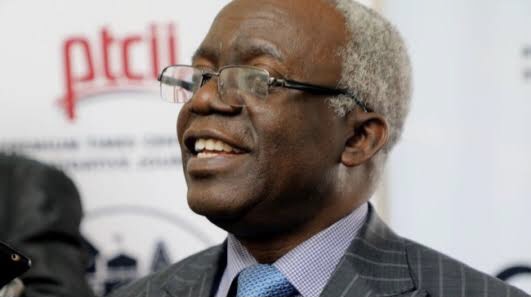 Point of Sale terminal operators and Lagos-based human rights lawyer, Femi Falana, have said they will sue the Central Bank of Nigeria if it fails to withdraw the new cash withdrawal policy limiting over-the-counter cash withdrawals by individuals and companies to N100,000 and N500,000, respectively, per week.

The CBN had, in the memo introducing the policy, said third-party cheques above N50,000 would no longer be eligible for OTC payment while extant limits of N10m on clearing cheques still remained.

The circular also directed banks to load only N200 and lower denominations into their ATMs and restricted withdrawal to N20, 000 per day from ATMs. Withdrawals from PoS terminals were also limited to N20,000 daily.

The policy, which will become effective on January 9, 2023, had generated criticisms but the CBN clarified last Wednesday that PoS operators could apply for waivers.

However, Falana, on Monday, described the new cash withdrawal limit policy initiated by the CBN as unconstitutional.

As a result, he said would go ahead to sue the apex bank if its management failed to withdraw the new policy.

Falana in a statement titled, ‘Maximum withdrawal limit in Nigeria is N5m’ called on President Muhammadu Buhari, to direct the apex bank to withdraw the ‘illegal guideline’.

According to him, “It is embarrassing that the Central Bank of Nigeria has been making announcements without any regard to the Constitution and other relevant laws on the national economy. It is particularly worrisome that the Governor of the Central Bank of Nigeria has purportedly placed a limitation on cash withdrawals in Nigeria in complete defiance of section 2 of the Money Laundering Act, 2022 which provides as follows:

“A person shall not conduct two or more transactions separately with one or more financial institutions or designated non-financial businesses and professions with intent to (a) avoid the duty to report a transaction which should be reported under this Act ; and (b) breach the duty to disclose information under this act by any other means.

“Since the Money Laundering Act 2022 (which has fixed maximum cash withdrawal to N5 million) has not been amended, the limitation of cash withdrawal of not more than N20,000  per day and N100,000  per week fixed by the Central Bank of Nigeria is illegal, null and void in every material. We urge the Nigerian people to ignore the illegal announcement.

“However, we are compelled to call on President Muhammadu Buhari to direct the management of the CBN to withdraw the illegal guideline and stop announcing more policies that are designed to sentence poor citizens to more excruciating economic hardship.”