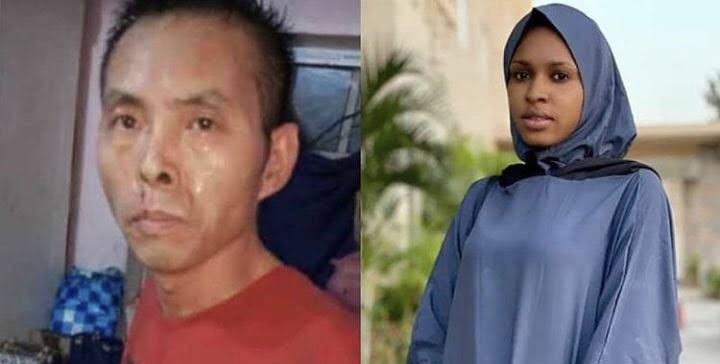 A Chief Magistrates’ Court in Kano, on Wednesday, ordered that a 47-year-old Chinese National, Geng Quanrong, be remanded in a correctional centre for alleged murder of his Nigerian girlfriend, Ummukulsum Sani, 22.

Chief Magistrate, Hanif Sanusi-Chiroma, who did take the plea of Geng, ordered that he should be remanded in Kurmawa Correctional Centre, pending legal advice.

Sanusi-Chiroma adjourned the matter until Oct. 13, for further mention.

Earlier, the Prosecution Counsel, Mr Khalifa Auwal-Hashim, said that Geng committed the offence on Sept. 16, at Janbulo Quarters in Kano.

He alleged that on the same day at about 9:30 p.m, Geng attacked Sani with a knife after a misunderstanding.

Auwal-Hashim in his prayer urged the court to seek legal advice because the matter was a capital offence and the court lacks jurisdiction to entertain it.

The offence, he said, contravenes the provisions of Section 221 of the Penal Code.