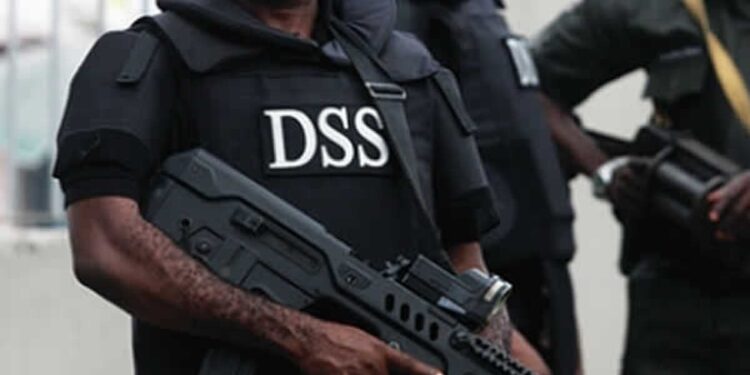 Department of State Services has said the Indigenous People of Biafra’s Eastern Security Network (ESN) has acquired bombs and explosives with which they intend to destabilise Imo State.

The secret police stated that it received intelligence that the explosives were being moved in articulated trucks from Lagos to a hideout in Orlu, Imo State.

The DSS stated this in a letter to the Brigade Commander, 34 Artillery Brigade, Obinze, Owerri, Imo State.

It was titled, ‘Movement of explosive devices into the state by IPOB/ESN’.

The letter read, “Intelligence revealed that the proscribed Indigenous People of Biafra/Eastern Security Network has acquired bombs and Improvised Explosive Devices with which to further their subversive activities.

“It was reliably gathered that the newly acquired items are currently being conveyed from Lagos to an unconfirmed location in Orlu Local Government Area.

“The items are being concealed in articulated/heavy duty vehicles to beat security checks along the road. It was further revealed that the group intends to deploy the explosives in their planned attacks on security/government installations across the state.”

The DSS, therefore, advised the Brigade commander to ensure that deployed security personnel carried out thorough search on trucks coming to the state.

Meanwhile, the proscribed IPOB denied the allegation that it was moving arms and other weaponry into Imo to destabilise the state.

It stressed that there was no iota of truth in the “allegation coming from the Zoo agent” called Department of States Security, adding that anybody or institution was free to say whatever they liked about IPOB.

The group’s Director of Media and Publicity, Emma Powerful, stated this in an interview with our correspondent on Wednesday.

“What the DSS is saying is a huge lie. There is no iota of truth in what that Federal Government-sponsored Zoo and Caliphate agent is saying. Now, did you listen to my interview with Channels Televisions, two days ago?

“It’s just like the question the Channels Television guy asked. He asked me, ‘Who is sponsoring IPOB?’ I told him there was no single individual sponsoring IPOB. IPOB is a very gigantic movement.

“There is no truth in that allegation. Where are we moving the arms to and from where? I don’t think it is wise to continue to reply whatever this Zoo people accuse us of,” Powerful said.

In a related development, the Ministry of Interior has directed the Commandant-General, Nigeria Security and Civil Defence Corps, Dr Ahmed Audi, to liaise with the airport authorities to scale up security at the nation’s airports.