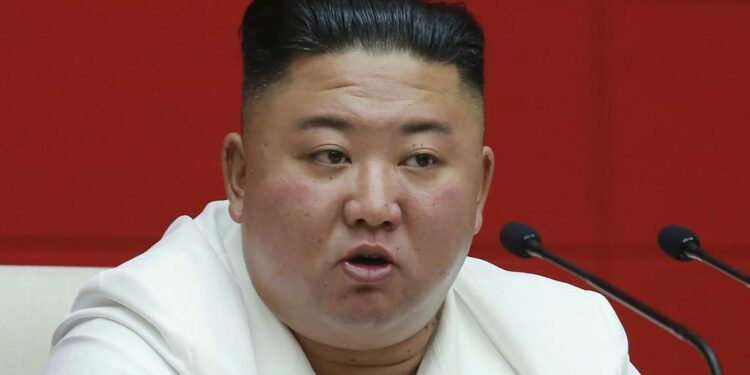 Kim Jong Un has reportedly given his sister, Kim Yo Jong, partial authority to oversee “general state affairs” in order to ease the North Korean leader’s workload, according to South Korean intelligence. South Korea’s National Intelligence Service (NIS) told the country’s lawmakers that Kim Jong Un’s decision to transfer more power to his younger sister further bolstered the argument that she is now the country’s “de-facto second in command,” but does not take away from the fact that Kim Jong Un is still the ultimate authority and exercises “absolute power,” according to the office of Representative Kim Byung-kee, who attended the NIS briefing. Kim Yo Jong was not the only one given an increased portfolio, the NIS said. Other top-ranking officials in North Korea’s government and ruling Workers’ Party have taken on greater responsibilities as part of this supposed new push to alleviate the stresses on Kim Jong Un, who has been in power for nearly nine years, but also to potentially shield him from blame of government wrongdoing or incompetence. Kim’s regime faces several difficult issues to tackle this summer. It’s trying to clean up parts of the country after deadly flooding while also keeping the coronavirus pandemic at bay. North Korea’s economy is also believed to be in poor shape, in part because of the ongoing threat of the virus — North Korea was one of the first countries to seal its borders — and because talks with the United States to trade sanctions relief for portions of Pyongyang’s nuclear weapons program have failed to yield any tangible results.North Korean state-run news agency KCNA admitted as much Thursday, when it reported that Kim would convene a senior meeting with the country’s top leaders. The piece blamed the stagnant economic situation on “severe internal and external situations and unexpected manifold challenges.”The South Korean NIS stressed that Kim’s decision to delegate some responsibilities is not tied to any information regarding Kim’s health, succession plans or his grip on power.

Speculation about Kim’s health was rampant earlier this year after the North Korean leader, who historically has kept a grueling schedule filled with public appearances, disappeared a handful of times from the public eye, sometimes for weeks on end without an official explanation. Kim also reportedly keeps a very unhealthy lifestyle — he is overweight, supposedly both a heavy smoker and drinker and is often under stress.Kim Yo Jong for years has been one of her brother’s most important aides and confidants, so questions about Kim Jong Un’s health naturally led experts to focus on her. Several experts believe Kim Yo Jong’s rising profilehas been part of a carefully choreographed publicity campaign by North Korean state media to signal that she’s being groomed for something.Though she has been absent from state media in recent weeks, Kim’s star has steadily risen this year. North Korean state media framed her as the architect of Pyongyang’s decision to blow up an office used for dialogue between the two Koreas — a bombastic statement of North Korea’s displeasure with South Korea.