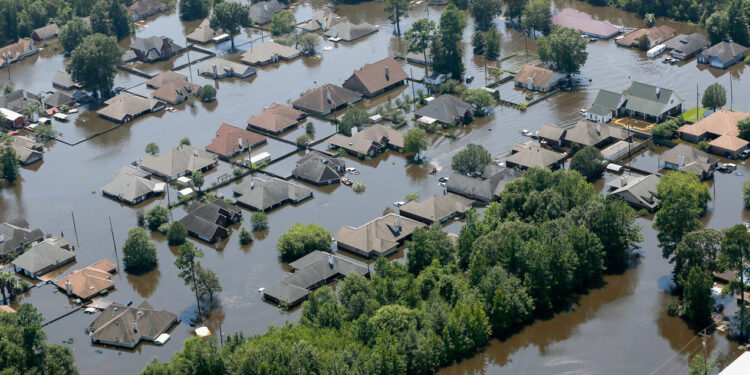 The Lagos state government has, Thursday, urged residents of four Local government Areas – Lagos Mainland, Mushin, Ibeju-Lekki, and Ikorodu – with high probability of flood risk during this raining season to be alert and relocate.

The Commissioner for the Environment and Water Resources, Mr. Tunji Bello, in a statement emphasised that the four listed LGAs would witness more high-intensity rainfall between now and September thus year.

He implored the residents of the listed areas, especially those with structures in low lying areas, to relocate during this period to avoid any untoward incident which may come with flooding and the resultant loss of lives and property.

Bello, referencing the Annual Flood Outlook released by the Hydrological Services Agency on May 28 this year, identified other LGAs that would face probable flood risks this year.

The commissioner stated that the ministry would intensify efforts at clearing and cleaning the drains as well as removing pet bottles and styrofoams as exemplified by the efforts of the Emergency Flood Abatement Gangs all over the blade spots in the state.

While stressing that some traders dump waste From their daily sales into the drains, thus inhibiting the Free Flow of water into its channels.

Declaring that the unpatriotic acts of some residents are putting the lives of those working on the drains in danger, the commissioner warned that anyone caught dumping refuse in any drainage channel would face the full wrath of the law.