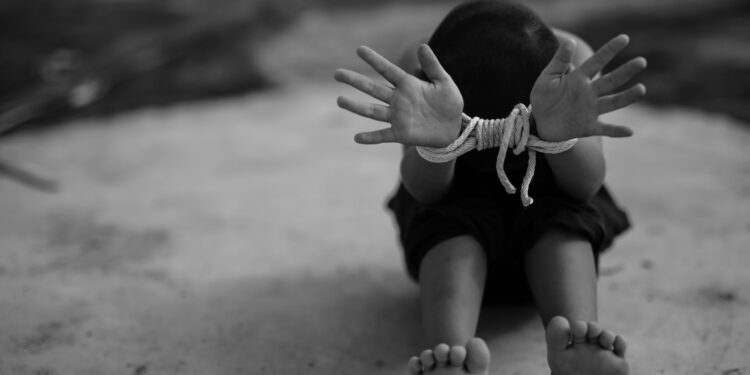 A 13-year-old Nigerian boy has been rescued in Cameroon after he was trafficked from home and allegedly sold into slavery.

Cameroon, a French-speaking country in west-central Africa, shares a border in the west with Nigeria.

Nigeria Security and Civil Defence Corps said in a statement on Tuesday that the victim, who had been reported missing by his father in their local community in Uruan Local Government Area of Akwa Ibom State, South-south Nigeria, was allegedly trafficked by John Akadi to Cameroon.

Mr Akadi, according to the civil defence, sold the victim to Asuquo Ikpang, in Cameroon, where he worked as a labourer for an undisclosed fee.

The civil defence arrested the suspected trafficker, Mr Akadi, 45, on 1 November in Akwa Ibom after the boy was rescued and brought back to Nigeria, the spokesperson for the security agency in Akwa Ibom, Ekerete Friday, said in the statement.

The victim’s name is disclosed in the civil defence’s statement, but PREMIUM TIMES is protecting his identity because of his status as a minor.

The victim worked in a fishing settlement as a fisherman without pay for two years while in Cameroon, the security agency said.

“According to the victim, his master (Asuquo Ikpang) died in 2021, after which his wife transferred him to serve someone else for a monthly fee of N4, 500 which was paid to the wife (of late Ikpang).

“He narrated the level of maltreatment he received in the hands of his new master, which attracted sympathy from some members of the fishing community who were Nigerians.

“The concerned Nigerians interrogated (the victim) and were able to know he is a Nigerian, from Uruan LGA in Akwa Ibom State.

“They got his bio-data and traced his father through the primary school he attended in Ibesikpo Asutan LGA. The father, who had reported his missing son to the Nigeria Police headquarters in Uyo was contacted and he went to Cameroon to reclaim his son, whom he met in an appalling state,” the statement said.

The civil defence said it moved in and arrested Mr Akadi in Uruan, Akwa Ibom, based on the information provided by the victim’s father.

“Mr Akadi has been handed over to the National Agency for the Prohibition of Trafficking in Persons for prosecution,” the statement said.