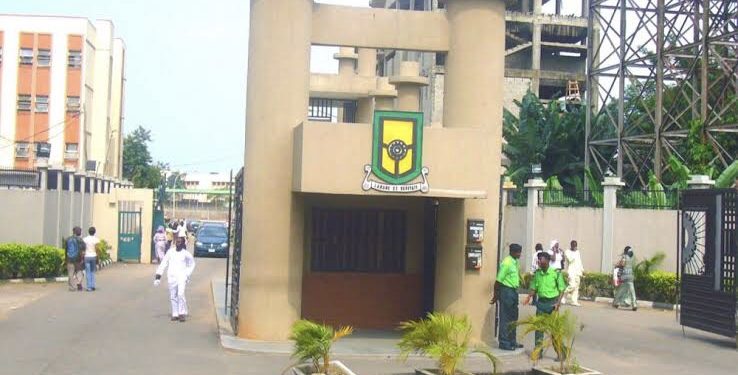 Yaba College of Technology held its fifty billion naira endowment fund recently in Lagos. The event showed one of the ways public tertiary institutions can be funded in Nigeria which is through endowment fund, even in the face of scarce funding allocations from the federal and state governments.

The event had different private sector operators, stakeholders and alumni of the institution rally and donate appreciatively to the needed cause.

The rector of Nigeria’s first educational institution, Engineer Obafemi Owoseni Omokungbe, who addressed the audience on the historic day, said the institution, Yaba College of Technology, which is in its 75th year, is now a burden on its management as the college is replete with decayed and inadequate infrastructure, growth beyond existing facilities and other challenges which has led to delay in takeoff of new programs, restricted research ideas, space constraint for expansion and not too conducive environment for learning and teaching.

Omokungbe added that the acquisition and development of a second campus at Epe to solve the problem of space in the main campus, is also hampered with inadequate lack funds.

Nigeria’s Vice President, Professor Yemi Osinbajo who sent a pre-recorded message said that the need for endowment funding for higher institutions of learning cannot be overemphasised, as it has regularly supported other institutions particularly in developed countries and helped drive some of the most important global discoveries across different sectors.

The vice president said, “In addition to government funding, there must be robust private sector interventions to further drive world-class, ground-breaking research and cutting-edge innovation in the country’s higher institutions of learning.”

Osinbajo also urged YABATECH to open an endowment office as it is done in other climes to further drive its objective of providing a world class institution of technology.

“Yaba College of Technology is one of the best institutions to use as proof of the concept that we can indeed develop world-class higher institutions for innovation, and research using both private and public-sector finance.

“We must augment government’s finest intentions with our individual and collective desires to see us do better, to see Africa do better; to see our children step into global arenas of enormous and unprecedented opportunities. One thing is clear, young Nigerians will always rise to the stature of the challenges the world presents them, and even beyond, if we continue to provide a platform for them to stand on.

“It is no mistake that one of the largest economies in the world, and arguably the most technologically advanced, also has some of the best and most prestigious universities. American colleges and universities have been sustained and supported by endowments for over 300 years,” he added.

One of the alumni of Yabatech, Mr Seun-Jaiyesinmi, noted that the school helped to shape what he had achieved today.

Jaiyesinmi who is of the ’97 set said, he was elated at being part of history and he was desirous of the school gaining back its glory days, as with proper funding, vision, the school would birth a generation of impactful innovators.

During the donations segment, SIFAX Group and MOMAS gave their massive financial support of a hundred million naira and ten million naira respectively. There were various other donations including Dr Henry Ukpe who share a moving story of how he built a radio station worth N40m and handed it over to the institution, also to give N2m for next three years. Engr Yekini Nureni, a member of Yabatech and zonal co-ordinator of Academic Staff Union of Polytechnics ASUP donated five million naira personal donation.

Former president, Chief Olusegun Obasanjo who was the chairman of the fund raising event was represented by Pastor Dotun Ojelade.

Minister of Education, Mallam Adamu Adamu, represented by Deputy Vice Chancellor of the University of Lagos, Prof. Bola Oboh were later presented with awards in appreciation of their commitment to the endowment fund.

The endowment fund held at Eko Hotel and Suites attracted dignitaries, royal fathers to name a few. The event was co-anchored by Mrs Dayo Banjamin-Laniyi and Mr Adedeji Odulesi, a global corporate MC.