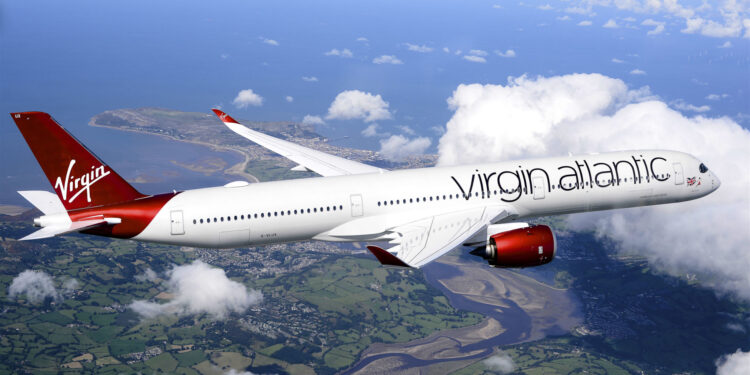 …To resume services to New York from July 20

Virgin Atlantic has announced its intention to resume international flights from Lagos to London Heathrow among other 16 destinations across the world from August this year.

According to a statement the airline issued, the international flight will be operated on its new A350-1000 aircraft and will provide connections to a range of US destinations.

In addition, the airline pledged to resume flying to 16 additional destinations around the world.

According to the Chief Commercial Officer of Virgin Atlantic, Juha Jarvinen, as countries around the world begin to relax travel restrictions, they look forward to welcoming their customers back onboard and flying them safely to many destinations across their network.

“From July 20, we will resume services to New York, Los Angeles and Hong Kong; then from August 1 onwards, we will resume passenger flying to 17 additional destinations around the world including Lagos, Tel Aviv, Atlanta, Mumbai and Las Vegas,” he adds.

Continuing, Jarvinen said they were monitoring external conditions extremely closely, in particular the travel restrictions many countries have in place including the 14-day quarantine policy for travellers entering the UK.

“We know that as the COVID-19 crisis subsides, air travel will be a vital enabler of the UK’s economic recovery.”

“Therefore, we are calling for UK Government to continually review its quarantine measures and instead look at a multi-layered approach of carefully targeted public health and screening measures, including air bridges, which will support a successful and safe restart of international air travel for passengers and businesses.”

The airline noted that it would operate from Terminal 2 at Heathrow for the time being. However, it hoped to return to London Heathrow Terminal 3 when demand at Heathrow grows.